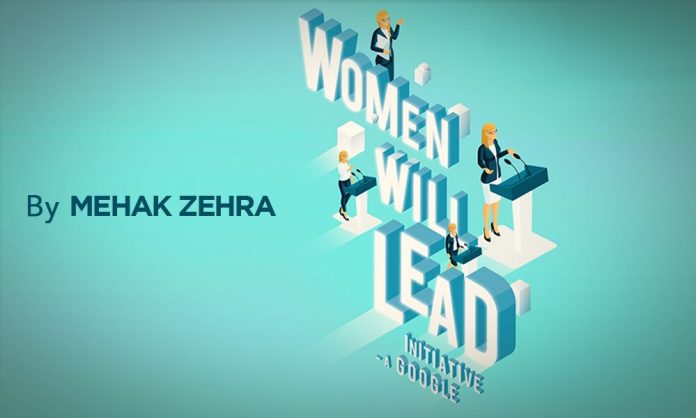 Women Will Lead 2019, a Google initiative, was held in Avari Towers, Karachi, on 5th July with the aim to train women to be the leaders they had the potential to be. Google’s ambassador for this cause and Founder & Managing Director of The Dream Collective, Sarah Liu, a Taiwanese by birth and a global citizen by heart, was the workshop trainer. The workshop began at 8:30 am, allowing half an hour for participants to mingle during morning tea. 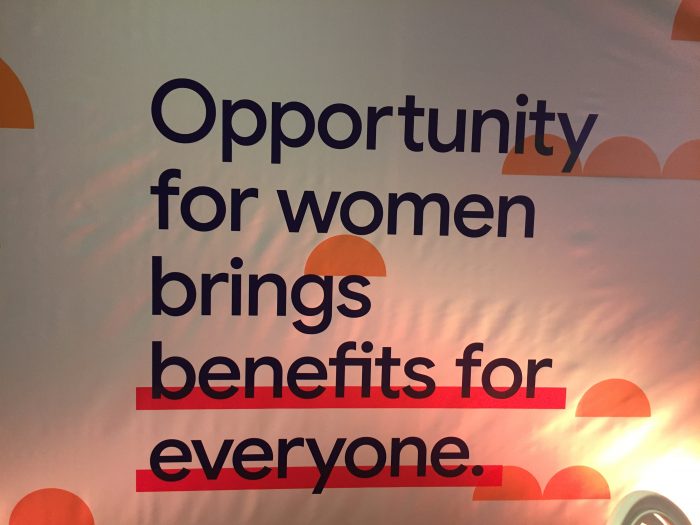 Throughout the workshop, Liu provided examples from her own life that spoke of how the issues for working women are more or less the same across the globe. And what can we, as women, do to work around those issues and ensure greater representation of women in leadership positions. Because the right attitude will not only complement but also pave the way towards achieving that position. The required attitude was the one that exuded from the workshop, the energy that was brought forth by the trainer and the participants alike facilitated healthy discussions on various instants. 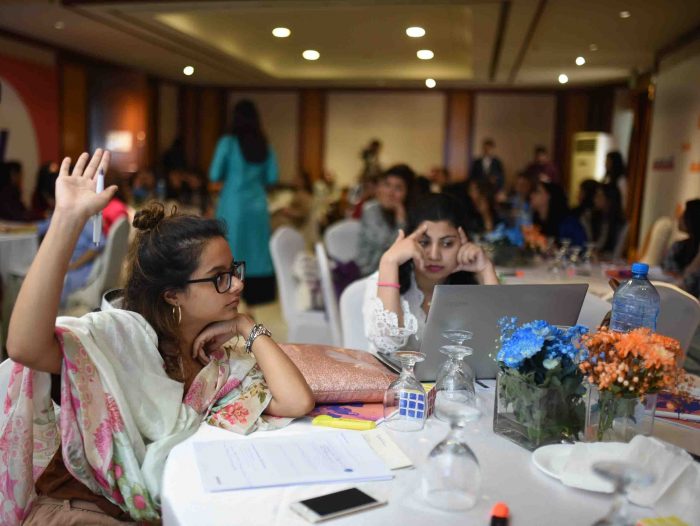 Keeping the participants constantly engaged in conversations, attendees got to hear first-hand accounts of the numerous biases that the women have to face in their everyday work life. Ranging from likeability and performance-attribution to performance-evaluation and maternal bias, what each woman was putting herself through was an eye opener as to why, as fellow women, should we be cheering each other on.

The highlight of the workshop, a panel discussion on dealing with unconscious biases of oneself and of the workplace, also took place midway during lunch. The panel comprised of women in leadership positions and their journey amidst all the stereotypes.

Let’s document the points that sparked discussions among participants during the workshop.

1) Pakistan ranks as low as 148 out of 149 countries in the gender equality scale in terms of the workforce.

Ms. Liu asserted that Pakistan stood at a low of 148 out of 149 countries for women representation in the workforce. Moreover, only 3% of the leadership positions in Pakistan were occupied by women as compared to 25% in the Asia-Pacific Region. The shocking statistics had a powerful effect on the entire hall for different reasons. While one school of thought slipped into a depressed state of silence, the other group presented arguments to express how they found the numbers to be inaccurate.

The concerned attendees brought to discussion the blue-collar workforce and home-based entrepreneurship opportunities that women are involved in and hence go undocumented. These numbers, if properly documented, would surely play a role in raising Pakistan’s score on the gender equality scale according to some participants. 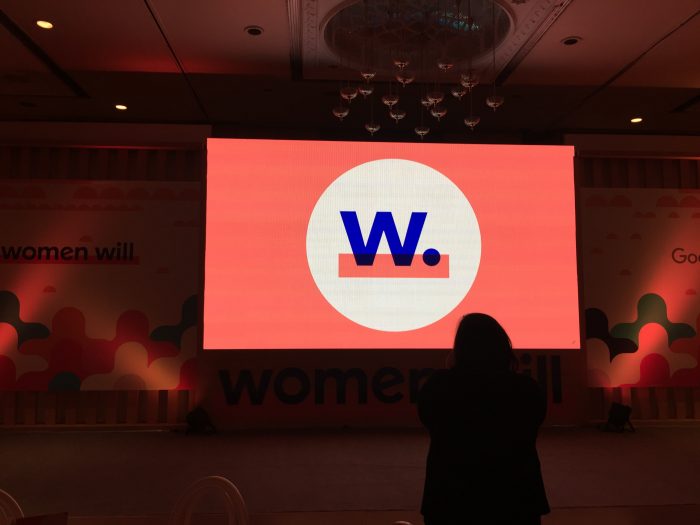 2) The pay gap exists in Pakistan too!

Across the globe, millions of women fall victim to pay gap. Women earn 85% of what men earn, the higher the education level, the wider the pay gap. The reaction after getting to know that the phenomenon of the pay gap is real in Pakistan too did not come off as shocking since the trainer already mentioned how 23% of women believe the pay gap is non-existent.
A participant shared her personal experience with regard to this phenomenon. Upon promotion, the salary offered to her after increment was only half of what her predecessor was making was how she learned the hard way that the pay gap is indeed real.

3) The labels working women have to deal with

As the conversation steered towards the stereotypes women have to face at work, Sarah Liu mentioned the most common labels women in leadership positions get to hear. Labels such as bossy, arrogant, hard-to-deal-with, provided a conversation prompt for the women who shared what they have heard of female bosses or about themselves as well. The participants shared first-hand accounts of how even women are biased against women leaders and associate labels with them. There was another candidate who mentioned a label she had to deal with,

“I was labelled as motherly only because my attitude was soft”.

It seemed like women employees, in Pakistan especially, are in active conflict with the Human Resources department. Being asked questions at interviews such as when do they plan to get married or when do they plan to have kids was the reason for the anger of the participants since they knew for a fact that their male counterparts were not asked such atrocious questions. Ironically, however, some of the women attending the workshop belonged to the HR department as well. They provided the group with the other side of the picture, the reason behind why HR treats their women employees that way. The reason being that the culture in Pakistan encourages women to abandon their work life for the sake of maintaining a healthy household and companies end up losing what they invested in training those individuals to become assets for the companies. Liu provided an aerial view of the scenario to both parties mentioning that if an act such as women leaving the workforce is so widespread in Pakistan than it could only mean that companies are not accommodating women with the relevant facilities that they need. 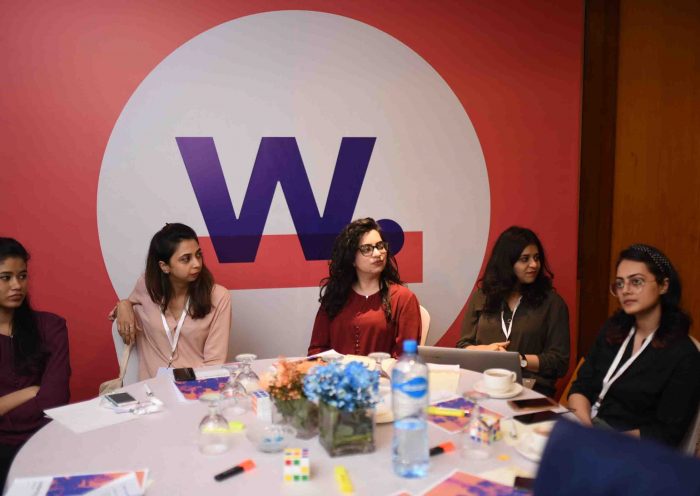 5) Negotiation is good for health

With more such drastic statistics that shook the attendees, the Google Trainer assigned a negotiation exercise to let the participants gauge for themselves in terms of how efficient they were for negotiating a better end of the deal. More than 90% of the participants negotiated the deal not keeping themselves as the priority. Doubts, the other party’s perspective, underconfidence about themselves pressured them into not working out a better deal. The Dream Collective founder than took it unto herself to remind each person present there that they matter.

The workshop ended with 70 participants huddled together in a circle where they embraced the reason they considered themselves remarkable.

By embracing one’s uniqueness is how women will grow to be more confident about their existence in the workforce and negotiate to assert that they have what it takes to be a leader.

The hall echoed 71 times as each declared,

“I am Remarkable because…”