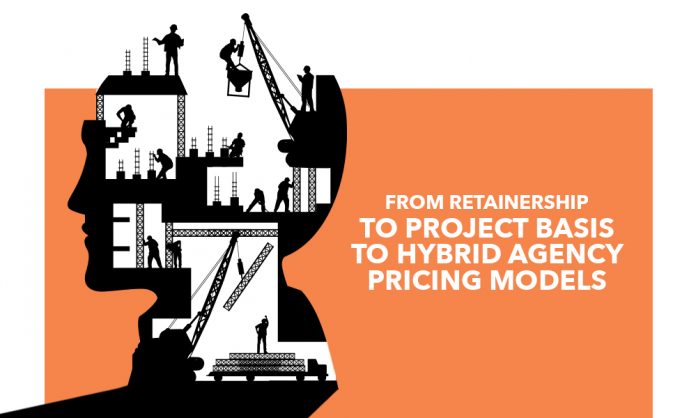 As originally published in Synergyzer Annual 2020

Back in the day, when I entered the advertising industry in Pakistan in the early nineties, the business was beautiful yet evolving. The full-service agencies were recently affiliated and partnered with large global agencies, there were few players, and everything was charged on a 15% to 17.65% agency commission. There was plenty of money to go around.

But then the specialization, division, and what can now be called fragmentation and commoditization of the agency business; began. It all started with the media planning and buying function getting separated from the creative business, which caused the big commission percentage split; suddenly the media agencies were competing on 3% to 5%; and all of a sudden the other 10% to 12% that was being earned for creative communication services was put into question.

This led to the first wave of change that further led to the creation of the Cost Based Retainer Fee model. According to this model, clients would clarify the scope of work and agencies would allocate resources and associated costs based on it, add overheads and a profit margin, as well as determine an annual or bi-annual retainer fee.

Yet, agencies were never happy with this model because of a number of reasons. For starters, it meant the total amount of remuneration was dramatically reduced; secondly it also meant having to show clients their books and numbers; and lastly, – and this was a real killer – was that this new retainer fee meant that the agencies now had a price that could compare apples to apples. It is this very comparison that eventually led to the price wars prevalent in the agency business today, which have completely commoditized the sector with the lowest fee players having a clear advantage. This has completely eroded the value addition that was once commanded by the creative advantage. It is this commoditization that has caused complete decline in the quality of output, the quality of resources, and the quality of the entire agency business and what they have to offer.

This is the case with Pakistan. Around the world, advertising agencies have almost altogether adopted the more lucrative, less comparison-driven, as well as less commoditizing Project Fee model, where either the same cost plus formula is used for determining the project fee, which usually has a higher margin and higher returns than the annual fees, or there is an evident switch-over to more interesting ROI (return on investment) formulae. Hence instead of the agencies getting their values diminished because of excessive competitive pressure, they become accountable for the value they deliver, and because that value is both easily trackable and not easily comparable between two different agency project proposals, the client-agency relationship becomes a win-win scenario.

Interestingly, on the client side, the situation has also not gotten particularly better. While media space prices have sky-rocketed on one hand, brand ROI has not exactly improved, rather declined due to extremely fragmented media consumption, rise of digital media consumption and the decreasing impact of creative campaigns on business bottom lines. A CMO (Chief Marketing Officer) today is increasingly questioned about the value of his or her team’s work and associatedly, required to valuate the work of creative agency (or agencies) on board.

Having discussed all this, it is a stark reality that the advertising industry in Pakistan is in a state of acute decline and the remuneration models and their trajectory has had a direct impact on everything.

If there was such a thing as Moody’s Country Rating for Advertising, Pakistan would probably get a triple C or D rating considering the amount of Cannes award entries (or lack of them) coming from the country and the sad face of what was once a happy burgeoning young industry. This, by direct correlation, is also the state of marketing as a profession and discipline in Pakistan, and to resolve this, clients and agencies both need to sit together and think the situation through as custodians of an important sector.

Moving forward, below is a list of the ideal remuneration criteria that should be in the mind of a modern day CMO:

Yet, unfortunately, instead of considering these pointers, it seems clients are thinking, “Let’s call a pitch, it’ll be fun, shortlist the two or three best works and go with the agency that gives the best rate or pricing compared to the market prices”. It is this very thinking which is flawed and in these highly competitive times, no agency can go out on a limb and try experimental remuneration formats on difficult to acquire clients. It is the clients, the CMO’s particularly, who will have to push agencies to be brave and then support them if they really want to see improvements in the agency ROI’s and as a direct result – the ROI’s of their own marketing spend. My suggestion to any CMO today is to ask the questions I have listed above, and answer them in reverse order when gauging remuneration models and give the Best Agency Award to the agency that answers question 7 the most soundest.

It is only when clients start to do this will the advertising business start to regain its value, its quality and its dignity back.