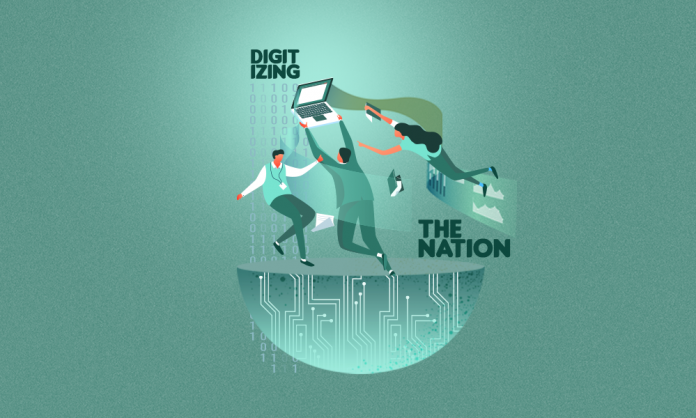 The mere idea that something new has been invented lately seems to have become a bit of a far-fetched thought over the last few years. There have definitely been interesting technology ‘fusions” and innovative ways to improve the fusion itself, but the fundamental functioning principles behind everything we see today remains mostly the same.

But really, is that the only means of innovation? Surely credit must also be given to conceiving a new way of solving the same problem, or by means of solving a problem, creating the awareness of an existing problem (hint hint).

This has taken various forms in our daily lives, from connected devices (IoT) to blockchain, but everything in this space is essentially fueled by cheap, fast, abundant connectivity, faster processors, better batteries and energy efficient equipment. Leaving material sciences, mobility related technologies, genomics, and medical treatments aside, these are the core components required to innovate pretty much anything in the information age of today.

The question is, however, if a country like Pakistan needs to focus on innovation? Are we trying too hard to innovate and maybe lose focus? Can it focus, given the current state of affairs from a governance and regulatory perspective?

While the government has floated some tax advantages for startups, there is little effort to recognize the importance of digital businesses and the impact they can have on the economy. The efforts have mainly been in the space of regulatory changes to allow communication to become pervasive (3G and 4G license auctions) with everything else, including the increase in use of communication tech being not even close to a second thought.

In 2014 when the first 3G and 4G licenses were awarded, we saw a gradual uptick in business activity driven by mobile phones. Within a couple of years as 3G and 4G started hitting small towns, there was an evident rise in digitally led content consumption in Tier 2 and 3 cities, where even basic DSL services were quite poor. What was not noticed was the need to digitize access to public services, which remain analog to this day. Maybe with the exception to the passport renewal process which is intensely long and painful (I tried).

These challenges point to two things:

While credit must be given to the Govt of Punjab and KP for digitizing some reporting, records and police related matters, very little work has been done that impacts the common consumer.

It is only until recently that FBR has enabled payment of taxes via IBFT (interbank funds transfer) links at banks while motor vehicle taxes and license verification is still a long way away. Trials for digital traffic fines have been making rounds, but the fact is that the quality of outputs is strongly dependent on the quality of inputs, which are questionable to begin with.

The need of the hour was, and still is, a service innovation plan. Something that stops thinking of executing the same objective in a “digital” mechanism and calling it transformation or innovation.

Our private sector marches on by rocking the boat on occasion. Food Delivery services turning the restaurant model over its head and ride hailing services adding ease to customers yet the government wants them to fit the existing legal framework which is designed for taxis. Digital Retail has grown phenomenally for some apparel brands, heralding a new era of customer confidence.

The idea of a commoditized, part time work force seems absent from the government’s vocabulary, which insists on NTN’s being linked to a legally registered company as a source of tax deduction.

I am not yet sure if ecommerce is defined as a business or not from the legal front, or is it still categorized in retail, but I do know that once ecommerce is incentivized, along with pre-payment, it stands the chance of documenting economic activity like no other mechanism has ever done in Pakistan. The same also holds true for digitizing government services. Unfortunately we are going in the opposite direction by adding withholding taxes to credit card transactions instead of driving more traffic towards them to collect more data.

Regulators need to subsidize institutions like 1Link to eliminate IBFT Charges completely. EFT (electronic funds transfer) should be bank-agnostic while PayPak acceptance online and offline should be mandatory.

While fintechs are being encouraged by banks to play with their API’s (application program interface) to build these services, they should actually have access to 1Link API’s. Financial services should be driven via a platform across all players instead of just a few major banks that are currently pushing forward with innovation. This would force everyone else to scale up to a certain minimum acceptable level of performance.

As businesses digitize, their scaling speed, and the ultimate level that they reach, will all be significantly different from what most businesses have currently. Unfortunately, in the absence of a National Innovation and Digitization direction, the government and its services have the potential to become a bottleneck for operational growth and diversification for many businesses that are just re-shaping themselves, let alone the ones that are yet to come. The government will also end up alienating a nation that is flooded with youth and has shown very fast adoption to technology. Infact, in the eyes of the youth, their lives are digital first. The government, however, is not. This means that they will not only avoid government or controlled services till as far as they can be delayed, but also might end up breaking the law.

In the space of information driven ventures, entrepreneurs around the world have gone ahead and created newer and smoother services and an increasing number of these services have been focused on bridging the online-offline action gap, or reducing friction between two independent services by making them work together.

While technology driven marketing is already in the offing in Pakistan, the scope exists to broaden it further with the help of Government led data services which can be used to serve customers better.

The need to innovate has never been greater. As we look at our own economic situation, the fact that our economy is significantly undocumented has a role to play in our current state of affairs. We must innovate, from processes to government to the way we look at opportunities.

Rather, chances are, we might just end up re-inventing ourselves.

Imtiaz runs a marketing technology firm that helps businesses become more efficient and cost-effective in their digital advertising, customer engagement and retention by harnessing the power of AI and cross channel communication.

Imtiaz has over 15 years of experience in technology and data-driven marketing. He can be reached at imtiaz@orangefox.io.