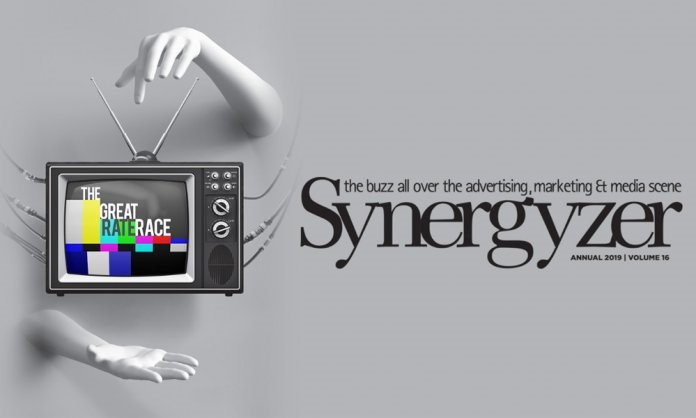 Pakistan’s powerful media industry is in a state that can be best described as evolutionary. As different stakeholders have put it, the industry is ailing from a number of practices that have brought it under multiple pressures. According to industry estimates, the total pie share of advertising in fiscal year 2017-18 was PKR 81.6 billion, which is a 7% decrease from PKR 87.7 billion in 2016-17. In this, the revenue spent on television decreased from 48% to 46%. Yet, the challenges date back much further.

While the TV media industry started growing in the mid-2000’s, it continued to thrive massively till about a couple of years ago. The growth was largely unregulated with more and more TV channels coming into the fray. Due to the high profitability of the business, TV channels kept diversifying towards different programming sub-genres, each earning a premium for the diverse audience it had to offer. Yet, an emerging country like Pakistan, with its multiple challenges, had only this much to offer. While the advertising pie was not growing as phenomenally, the number of media outlets with each wanting to get a bigger share, kept increasing. The television media outlets generally invested in more technology especially in terms of quantity, hired more people, and paid good salaries especially to those in the driving seat i.e. news anchors. Pakistan being a personality-driven society, allowed the news show anchors to become influential faces who would be paid phenomenally to put the advertisers’ views across. In this case, the advertisers that ruled the roost in the last decade or so have been successive governments who, for their image building, paid amounts to these media outlets that are currently being termed as criminal by the current one. With the agenda of reducing corruption, the information ministry took note of the per minute advertising rates that earlier governments were paying the media from tax-payer money, which were more than 200% and even higher of what the corporate sector was paying. Hence not only did they reduce per minute spot rate, the current government decided to stop advertising and as yet, has to pay most of the media owners the amount owed by its predecessors. Add to this the appreciating US Dollar rate, the resulting increased rights to satellite beam and other international payments, as well as the reduced spending from the corporate sector, and we see the television media industry in a state that will take a lot of deliberation to work around.

This is one side of the picture and a very current one. Going back and even now, till DTH with its subscription revenue model becomes one of the earning norms of the industry, advertising revenue is the only mode of income that TV channels rely on. Due to this, the driving factor is to sell as much airtime as possible. Understanding this drive, the major media buying houses in the industry introduced the bulk discount business model which allowed the TV channels to sell more airtime for a lesser negotiated price. According to stakeholders, this price-centricity is one of the major factors that has shrunk the media bottom-line, in tandem with the ever increasing costs that the media allowed to pile up. Also, with most media planning and buying agencies struggling to figure out the dynamics of the business, stakeholders highlight the importance of introducing regulations and guidelines into the industry. In all of this, most stakeholders and analysts also put the burden of responsibility on advertisers: It is their vigilance that needs to level up to ensure more transparency in the process.

Meanwhile, while the traditional media industry figures out its next move, a versatile digital medium is rapidly emerging with millions of users relying on the infotainment it has to offer. The country’s vibrant advertising industry stands to benefit from this opportunity if they diversify their abilities towards digital content, to overcome the debilitating challenges they are facing in business development, financial growth and revenue generation.

One of the many options can be that our advertising agencies work to influence the country’s vast small and medium sized businesses (SME) sector to use the popular YouTube media for promotional purposes, i.e. to get a wider outreach with an accurate focus on target consumers of different brands. With this strategy, the ad industry can reduce its heavy reliance on the ever increasing rates and plummeting revenues which are the hallmark of conventional media right now. If these innovative avenues are explored, chances are they will provide sustainable enrichment for this ailing industry.

The promise that YouTube and such mediums provide can be gauged from the numbers presented by Google, in the feature “Video Viewing in Pakistan: A YouTube Feature”. The steadily increasing numbers highlighted indicate the readiness of the Pakistani market in terms of digital expansion. In fact, according to experts at Google, Pakistan should be on the radar of every such platform and product looking to earn through and sell to a fast growing digital audience. The expansion is so rapid that the country is slated to become one of the largest digital audiences in the world. The economy of the country is driven by SME’s that contribute 40% to the country’s USD 305 billion GDP. By 2030, Pakistanis are expected to constitute the fourth largest global economy, according to the report by HSBC: The World in 2030. In such a scenario, helping Pakistani SME’s scale in terms of audience is a crucial opportunity.

The figures in the feature very much drive home the fact that the need is more for a digital strategy that compliments the TV strategy of any brand in a relevant and possibly interactive way, giving a strong call-to-action at the right time to influence consumer behaviors and supplement decision-making. For businesses to succeed, they need to be where consumers are in the moments that matter. 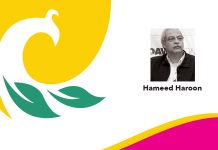 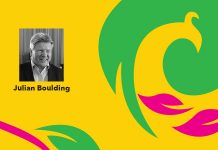 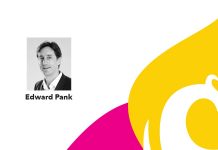 ‘Let’s save the world from ineffective Marketing’ | Edward Pank 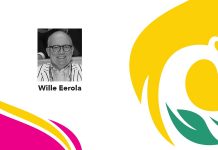 Wille Eerola talks about the importance of developing Cultural Exchange